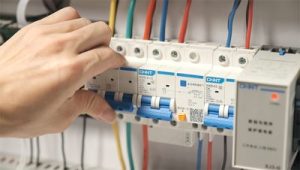 What is a Control System?

A control system is defined as a system of devices that manages, commands direct, or regulates the behavior of other devices or systems to achieve the desired result. A control system does this through a control loop, which is a process designed to maintain process variables at the desired set point.

In other words, the definition of a control system can be simplified to a system that controls other systems. The need for automation has increased with the increasing modernization of human civilization. Automation requires the control of interacting equipment systems.

In recent years, control systems have played a central role in the development and advancement of modern technology and civilization. Virtually every aspect of our daily lives is influenced in one way or another by some type of control system.

Examples of control systems in your daily life include air conditioners, refrigerators, air conditioners, bathroom toilet tanks, automatic irons, and many processes within automobiles – such as cruise control.

The principles of control theory are applicable to both engineering and non-engineering fields.

Characteristics of a control system

The main characteristic of a control system is that there should be a clear mathematical relationship between the inputs and outputs of the system.

When the relationship between the inputs and outputs of a system can be represented by a single linear proportion, the system is called a linear control system.

What does Box Technology’s Electrical Control System Consist of?

The body is also equipped with leakage protection, and a high-temperature warning device, and in the face of leakage, high temperature, and other emergencies can also be good protection for equipment safety.

2. Liquid crystal display is adopted, and the display interface is clearer and more comprehensive.

3. Touch buttons are used in the operation, which is very convenient to set.

4. Easy installation and debugging, cost-effective, ultra-high temperature alarm, real-time monitoring, and control of liquid level, temperature, and so on.

Box Technology Electrical Control System not only has the above advantages but also the immersion cooling system with the same performance. Our cost performance will be higher and we provide first-class pre-sales and after-sales service so that customers can get a satisfactory experience is our unremitting goal.