The Ultimate Guide to GPU Mining 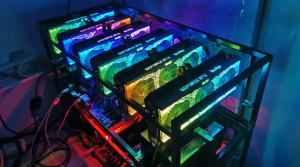 Cryptocurrency mining or “cryptomining”, has become increasingly popular in the cryptocurrency space over the past few years. Nevertheless, mining is nothing new – apparently, it has been around since Bitcoin was first introduced in 2009, as mining is how new Bitcoins are made.

The most basic form of cryptocurrency mining uses the computational power of Application-Specific Integrated Circuits (ASICs), and Central Processing Units (CPUs) mining. However, today it is also possible to mine cryptocurrencies using GPUs or Graphics Processing Units.

GPU mining utilizes the graphics processing unit of a gaming computer, which can be used to mine Bitcoins, as well as other types of cryptocurrencies called Altcoins. Today, let’s know more about GPU Mining.

What is GPU Mining?

GPU is the abbreviation of Graphics Processing Unit. GPU Mining involves using the graphics processing unit of a gaming computer to solve the complex mathematical puzzles in order to validate electronic transactions on a blockchain.

Typically, to mine cryptocurrencies, digital coins must be built on a blockchain architecture that supports proof-of-work (PoW) mining. Cryptocurrencies such as Bitcoin (BTC), Dogecoin (DOGE), Ethereum (ETH), Litecoin (LTC), and Monero (XMR) are examples of cryptocurrencies that can be mined.

How does GPU mining work?

In 2017, after Bitcoin broke through its previous highs to reach a peak of just under $20,000. After that, GPU Mining became a hot topic. Since then, individuals around the world have been searching for the best GPUs to get their cryptocurrency blocks rewarded.

The complicated mathematical functions that computers solve are usually SHA-256 hash functions. In mining, the computer turns SHA-256 – an encrypted mathematical algorithm – into an output. This output is always a 256-bit number.

SHA-256 is a patented cryptographic hash function that outputs a value that is 256 bits long. In the computer-solved SHA-256 puzzle, the details of electronic payments are encrypted, along with the algorithms needed to secure the blockchain network from attackers who wish to “double spend”. Miners are rewarded with crypto coins for their involvement in the security of the blockchain network.

When the computational problem is solved by the mining card, the product is a seemingly random 64-character output, which is called a hash. In the Bitcoin network, miners must find a hash value that starts with about 17 zeros. To get this number, a computer must try multiple times.

Once the hash value is found, the block is closed and the miner/pool is rewarded with newly created bitcoins and transaction fees. On any blockchain, the hash rate is how fast a miner can reach and find a hash. The hash rate is measured in gigahash values (GH/s).

What to mine with a GPU?

First things first, the project must be built on a blockchain architecture that supports proof of work (PoW) in order to mine with GPUs. In addition, different factors can affect how much a person is rewarded from a GPU, including block rewards.

A block reward is the amount of cryptocurrency given to a miner/pool for completing a block of cryptographic equations on the blockchain.

The best cryptocurrencies are those that give rewards that cover the cost of electricity and mining equipment/rigs used in mining.

Three Factors to consider when buying a GPU for mining

1. Hashrate: the speed at which it can mine
2. Price: it needs to be reasonably priced to see a return on investment
3. Power Draw: preferably low wattage to save power

Remember, the more electricity a GPU requires, the more it costs to run, which can ruin any chances you have of making a profit. 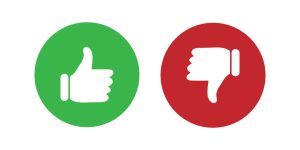 Pros and cons of mining with GPUs

It didn’t take long for individuals to realize that certain algorithms could be solved with the help of GPUs. Thus, some people built entire libraries of computers at home, consisting entirely of graphics cards.

The pros of this are that the task can be solved faster and the chances of mining success are higher.

The cons are that the GPU needs to be sufficiently cooled to prevent overheating and damage. What’s more, GPUs are louder and consume much more power than regular processors typically do.