Is Cryptocurrency Mining Still Profitable in 2022?

Cryptocurrency Mining has become very popular in the past few years. The value of bitcoin and other cryptocurrencies has seen tremendous growth. Thus, more and more people are looking to enter the cryptocurrency mining industry.

What is Cryptocurrency Mining?

Cryptocurrency mining is the process of verifying and adding transactions to the blockchain. To legally acquire a cryptocurrency, you can either buy it on the stock market with real money or start mining it. The latter way is more cost-effective, although it requires some financial investment.

The first miner was the creator of Bitcoin, Satoshi Nakamoto. The pioneers used the computer’s central processing unit to mine the “cryptocurrency”. This way proved to be ineffective because of the large capacity required. Soon they were replaced by video cards, which in turn were special devices ASICs.

People who engage in this activity are called miners and use the power of personal computers or specialized farms to make money. In return for their work, miners are rewarded with cryptocurrencies. In reality, they are replacing office managers and security services that are familiar with traditional information storage and exchange systems.

1. Proven track record. PoW has been around for 13 years. During this time, the Bitcoin network has not had any major security issues. Many in the industry believe this is a result of its significant hash rate, which would require a significant amount of computing power. In the past, hackers have been able to destabilize smaller PoW networks, although the same could be said for smaller PoS networks.

2. Cryptographic security. However, hackers have not yet been able to disrupt large PoW networks like Bitcoin, although intruders have successfully attacked some smaller networks. When trusting a network with large sums of money, PoW is probably the best option. Attacking PoW blockchains is difficult enough that potential hackers are often content to be honest miners.

1. Energy use. PoW uses a lot of electricity. Critics point out that this is the main drawback of PoW. Some argue that the Bitcoin network uses as much energy as an entire small country. While Bitcoin’s overall energy use is decreasing, and most of it now comes from sustainable sources, it is still a big problem.

2. Barriers to entry. PoW mining has become more difficult over time, making it more difficult for the average person to participate. One of the main principles of a decentralized PoW network is to distribute tasks as well as profits among many users. But as mining became more complex and difficult, a handful of large companies – which have the ability to build warehouses full of miners – dominated the mining space.

Bitcoin Mining and its Profitability

Bitcoin mining is the process of verifying and adding transactions to the blockchain. Miners are rewarded with bitcoins for their work. When Bitcoin was first created in 2009, anyone could mine using their home computer. Nevertheless, as more and more people got into bitcoin mining, the difficulty increased and now you need specialized bitcoin mining hardware to make a good profit.

What is a Block Reward?

In order for a transaction to be added to the blockchain, it must be verified by a miner. This process is called mining, and the person doing this is called a miner. When a miner validates a transaction, they are rewarded with a small amount of cryptocurrency. This is called a block reward and it is one of the ways in which miners make money.

The Bitcoin Block Bonus is the number of Bitcoins a miner receives after verifying a transaction. The current bitcoin block reward is 6.25 BTC.

Originally, in 2009, Satoshi Nakamoto set the mining reward at 50 BTC and coded for future reward reductions. The reward was halved for every 210,000 blocks mined or approximately every four years. At the end of 2012, it decreased to 25 BTC. The second halving occurred in July 2016, when the reward was reduced to 12.50 BTC. The third halving occurred in May 2020, and the reward is now only 6.25 bitcoins. 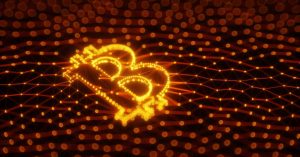 Will Cryptocurrency Mining be Profitable in 2022?

Firstly, the profitability of cryptocurrency mining depends on several factors:

Now, the value of Bitcoin is steadily up. It has more than doubled in value in the last two years and shows no signs of stopping. The cost of electricity has also remained relatively stable over the past year. This means that cryptocurrency mining is currently quite lucrative.

Cryptocurrency Mining is a complicated and risky process. There are many things that can influence its profitability. Miners must carefully study each coin they want to mine and determine if it is profitable. This includes things like the cost of electricity, the difficulty of mining, and the cost of equipment. Cryptocurrency mining is a risky investment and it is crucial to understand the risks before committing any money.