Well if you answered yes to the above questions, you can consider getting into this article to know more. 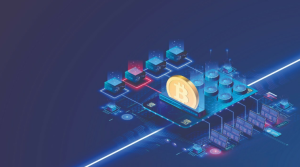 What is cryptocurrency mining?

Cryptocurrency mining, by its most basic definition, is when a device with special hardware and software approves cryptocurrency transfer transactions by solving complex problems and is rewarded with newly produced cryptocurrency as a result. Theoretically, anyone with a computer and internet access has the ability to mine.

In most blockchains, transfers between wallets are transferred to a transaction pool (mempool) before being approved, and then a block is created by combining these operations. Dec. These blocks are written to the blockchain after being verified and approved by a network-connected device.

The cryptocurrency miner verifies, approves, and stores a copy of the blockchain.

How does Cryptocurrency Mining Work?

There are many ways of cryptocurrency mining. One can distinguish between these ways in terms of profitability, cost and difficulty. 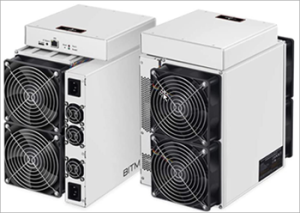 ASICs (Application Specific Integrated Circuits) are systems geared toward cryptocurrency mining. Their internal software and special hardware make these circuits special hardware for cryptocurrency mining. ASIC equipment consists of a large number of processors that, while computationally powerful, consume a lot of energy. For that reason, miners using ASIC devices for mining need a strong electrical infrastructure to meet their power consumption.

Cryptocurrencies based on proof-of-work mining, such as Bitcoin, can now only be produced with ASIC mining equipment due to the high computational power required. 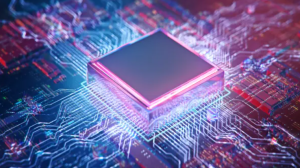 Mining is also possible using the CPU, the Central Processing Unit (processor). CPU mining can be done easily by installing mining software on a computer used at home.

In today’s article, we have excluded CPUs from this guide as we found that it was less functional and not as cost-efficient. This method is almost never used because of its very low($0.70 a day) performance compared to other methods and is not worth the trouble. For the vast majority of popular cryptocurrencies, mining with processors is no longer possible.

Computer processors are now used for proof-of-stake – PoS Mining – instead of being used for proof-of-work mining. In this type of mining, it is sufficient as long as the mining software is running and there is enough cryptocurrency to generate revenue in the wallet, as high computing power is not required.

Cloud Mining is an alternative mining service for people who want to mine cryptocurrencies but don’t have enough hardware, time, knowledge, or capital.

The cloud mining service leases processing power for different types of cryptocurrency mining through term contracts. It offers various contracts with users considering different costs such as hardware, software, cooling, maintenance, and software. Mining revenues are higher, although contracts that charge operational costs seem to be more expensive. In contract packages where lower salaries and some of the operating costs are covered by mining revenues, mining revenues are further reduced.

Although it seems less expensive than other types of mining, it becomes more difficult for users who prefer cloud mining to be profitable on a daily basis.

How much money can you make from cryptocurrency mining?

It depends on the type of mining you choose, the cryptocurrency units, and the price, but it takes time to make a profit from cryptocurrency mining. It is necessary to buy the hardware and wait for it to pay back the cost or pay for the fees paid for cloud mining. While revenue increases as processor power increase, so do power consumption, making it difficult to run more devices together and decolonize them. As the number of devices increases, the time spent operating, controlling, and maintaining them also increases.

In order to profit from cryptocurrency mining, there must be enough equipment and infrastructure, space to house and cool these devices, and the technical knowledge to operate them. Especially when mining proof of work, it is important to note that revenue decreases as the difficulty increases. In order to maintain revenues from proof-of-work mining, it is necessary to regularly invest in hardware and retrofit equipment with declining performance.

High hardware costs and power consumption decontamination evidence mining instead of proof of work is becoming more common among users.