If BTC reaches $2M, what percent of the global energy does bitcoin mining cost?

Bitcoin mining to cost less than 0.5% of global energy if BTC hit $2 Million.

Bitcoin, the world’s most valuable cryptocurrency, could become a vital energy consumer in the future, provided its price reaches a few million dollars, according to new estimates from Arcane Research.

Arcane Research, cryptocurrency research, and analytics firm released a report on Aug 22nd, 2022 estimating the development of Bitcoin’s energy use towards 2040.

The report, authored by Arcane Research analyst Jaran Mellerud, notes that Bitcoin’s future energy consumption varies dramatically depending on future Bitcoin prices as well as transaction fees, electricity prices, and other factors. As for home crypto miner in different countries, of course, there are different electricity prices to bitcoin mining.

The report notes that if the Bitcoin price reaches $2M in 17 years, Bitcoin could consume 894 Terawatt-hours per year, a 10-fold jump from current levels. The analysts estimate that despite the huge increase, this energy consumption will represent only 0.36 percent of estimated global energy consumption in 2040, an increase from Bitcoin’s 0.05% share today.

”Currently, based on their energy consumption of 88 TWh and an average energy price of $50 per MWh, Bitcoin miners spend around 50% of their income on energy,” Mellerud noted. 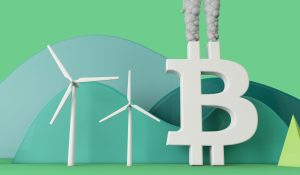 The analyst went on to mention the significant impact of bitcoin’s halving, a quadrennial event that means a 50% reduction in block rewards for miners. According to the report, the price of bitcoin must rise at a tremendous rate due to the halving, and the “mitigating effect” of the halving can be offset by increasing transaction fees in the future. “Such an increase will only happen if there is significant demand for using Bitcoin as a payment system,” Mellerud wrote, adding.

The BTC Mining Industry suffered a major downturn in 2022 amid the ongoing cryptocurrency winter, with many large cryptocurrency miners opting to sell their bitcoin holdings in order to continue operations. Mining companies in the U.S. are also facing pressure from regulators, with U.S. lawmakers demanding energy consumption data from the four largest BTC mining companies.

Despite the increasingly bearish atmosphere, many bitcoin miners remain optimistic about the short and long-term price outlook for bitcoin. According to Edward Lu, a senior vice president at Canaan, mining is a “healthy and profitable business” in the long run.