If you want to get into Bitcoin Mining, one of the things you’re going to need is software to run your mining hardware. In today’s article, we’re going to take a look at the Top 5 Bitcoin Mining Software available on the market here for you. 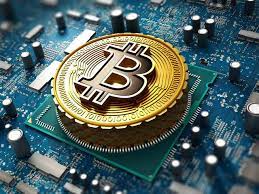 While some people see Bitcoin as a fad, many see it as the future of commerce itself. “Bitcoin-Is it Just a Fad? History, Current Status and Future of the Cyber-Currency Revolution“, Tracey Anderson noted.

But while bitcoin can be purchased with real cash, it is more commonly “mined” using a combination of specialized hardware and software. If you’re confused about what this means, don’t worry, many beginners are too. We’ve previously associated mining with gold and sunken treasure, and the same terminology can be applied to acquiring digital currency.

Bitcoin or cryptocurrency mining software is used to generate new cryptocurrencies and introduce components to existing blockchains. The new cryptocurrency mined is taken by the mining party after verification as a reward for adding to the blockchain. How long does it take to mine 1 bitcoin? Generally speaking, it takes about 10 minutes to mine a bitcoin – assuming the ideal hardware and software setup can keep up with its strict mechanics. For others without a top-notch setup, it can take up to 30 days to mine a single coin.

The way it works is that Bitcoin mining software uses the computer’s graphics processing unit (GPU) to facilitate the discovery of blocks. Most mining today is achieved through mining pools, which allocate resources and hand out rewards on the network.

Here are the top 5 bitcoin mining software for beginners:

1.BitMinter
BitMiner is a GUI-based, open-source mining software. You can run it on most major software interfaces such as Windows, Mac, and Linux. it is also compatible with mining hardware such as GPU, FPGA, and ASIC. In order to mine bitcoins with BitMinter, you need to be part of their mining pool – which has had over 450,000 registered members since 2001.

BitMinter requires you to join the pool before you can use the software because they want to make it easier for users to mine bitcoins and win higher payouts. 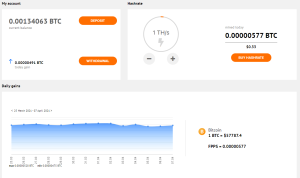 What’s more, ECOS is also a comprehensive investment platform, which means that it offers more than just mining services. You can also find wallets, exchanges, portfolios, and savings on its platform, available for download on the App Store or Google Play.

3.BeMine
Since its inception in early 2018, BeMine has been offering its services in Russia and CIS countries. BeMine was one of the first pioneers of ASIC miner cloud sharing, placing over ~70,000Th/s operations in Irkutsk, Moscow, Chelyabinsk region, Siberia, Almaty, and Kazakhstan. 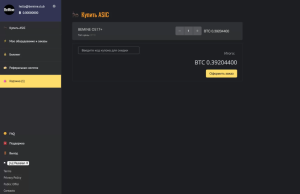 BeMine unites Russian data centers, as well as miners and individuals who want to participate in cryptocurrencies around the world.

4.EasyMiner
Like BitMinter, EasyMiner is also a GUI-based, open-source software upgrade for mining software such as CGMiner and BFGMiner. The upgrade gives you a clean user interface and the ability to integrate with your cryptocurrency wallet. 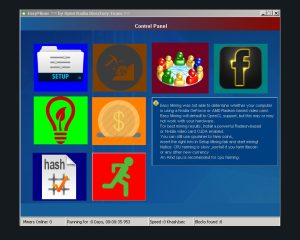 What’s more, it allows you to mine various cryptocurrencies such as Bitcoin, Litecoin, and others but only using Windows OS and ASIC mining hardware.

5. Kryptex Miner
Although it is a proprietary Windows system, Kryptex Miner can detect the most profitable coins with ease. It is able to run complex distributed cryptocurrency calculations easily. 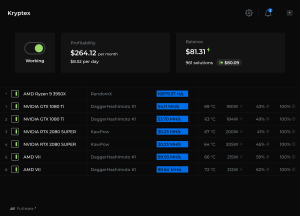 For beginners, this platform is highly recommended to start using because of its user-friendly interface and easy instructions. It is worth noting that with Kryptex as well, you can control mining remotely from anywhere.

For someone just starting out with Bitcoin, putting your finances on the line can be quite daunting. It comes with a sense of vulnerability, not knowing if the venture is feasible and if you’ll be able to reap the fruits of your labor – but that’s why there’s no shame in getting help.

BTC mining software is a vital component of any mining operation. Whether you are mining alone or as part of a mining pool, the software is the only way you can monitor, configure and connect your hardware to the network. By adding bitcoin mining software to your journey, you’ll be basking in the sea of mined bitcoins in no time.